African Journal of Medical Physics (AJMP) publishes novel and high-quality research papers and other material on all topics relating to medical physics, biomedical sciences, medical imaging and molecular imaging for diagnosis, therapy and disease management. The journal provides an effective way to publish original research articles, review articles, short communication, rapid communication, letter to the editor, case report etc. It strives with a passion to publish articles on diverse themes of theoretical, computational, experimental and related clinical research from across the globe on a sole platform where there will be a wide scope to share ideas Involved from latest on-going research. It is the goal of the journal to provide an international forum for education and training in medical physics, radiation oncology, radiation detection, radiation protection, radiation shielding, and radiation response, new technologies development and applications, diagnostic and radiotherapy physics and applications. 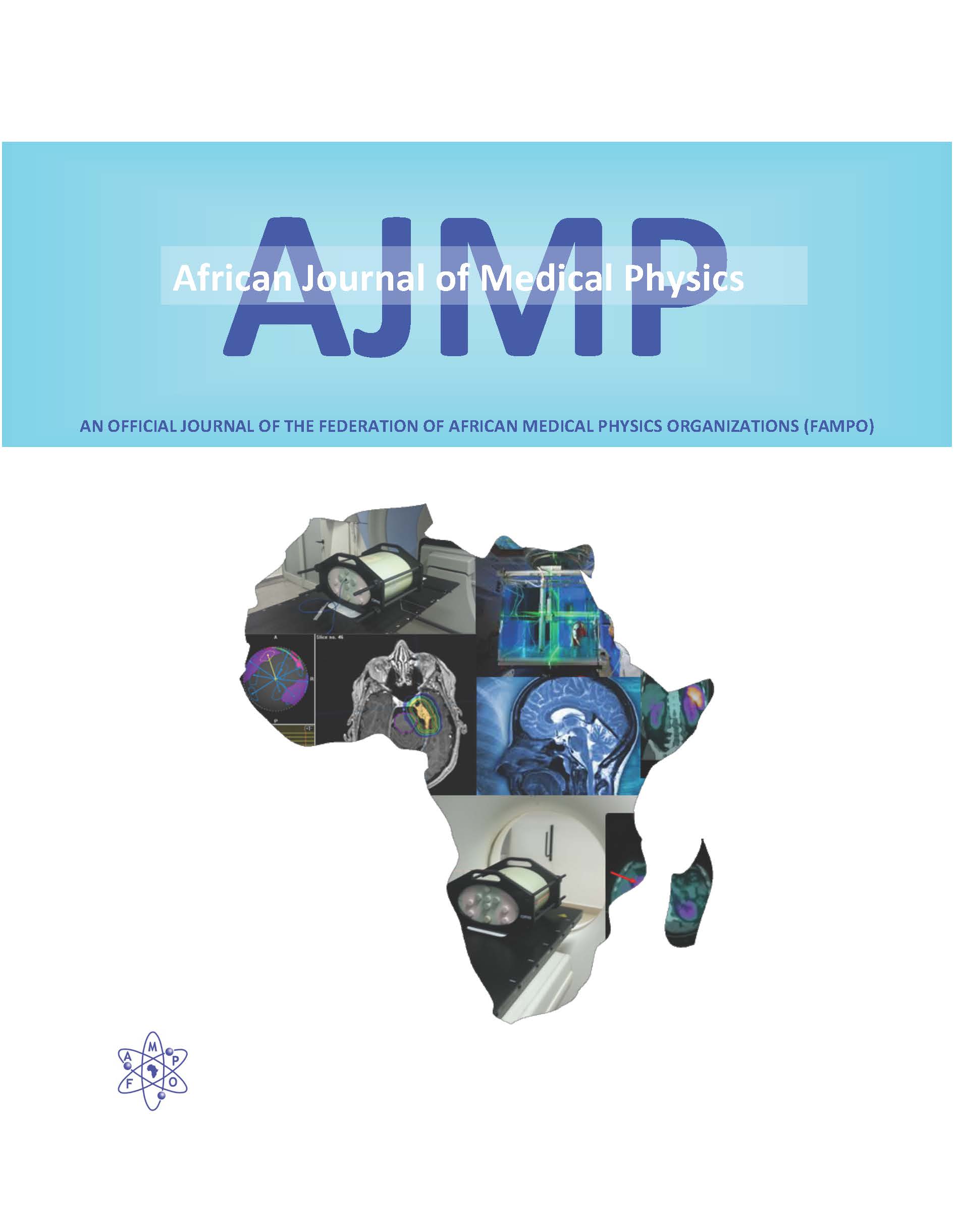 The Radiation Planning Assistant (RPA), a web-based tool for automating the treatment planning process in radiation oncology, can significantly reduce the staff and time needed for treatment planning in low- and middle-income countries. To enable clinical use, the RPA must output radiation plans consistently and reliably, especially as it is deployed to clinics around the world. To test reliability, we performed a thorough capacity study of the RPA for treatment of two disease sites: cervix and head & neck. The RPA architecture consists of several, multi-capacity computing modules (contouring, plan creation, optimization, quality assurance) that process patients serially. Completion times for each module were measured by processing 25 cervix and 25 head and neck (H & N) patient datasets through the entire workflow. Each module was also modelled in a manufacturing discrete event simulator (ManPy) to evaluate serial and parallel workflows. Model accuracy was evaluated by comparing the simulator’s completion times for single- and multi-patient queues to those of the RPA system. Reliable performance of the RPA was reported as number of radiation plans generated in 24 hours assuming all systems were operating. Finally, module downtime scenarios were simulated to determine their impact on baseline performance of the RPA’s daily throughput. An independent t-test showed that the discrete event simulator realistically modelled mean processing times. The model estimated that the RPA could process 483 cervix plans, 255 H & N contours, or 258 H & N plans in 24 hours with all systems operating. Downtime simulations showed that cervix plan generation remained within 5% of its baseline throughput unless any given module (except for the plan/dose quality assurance module) went down for 3 hours or more. H & N contour generation remained within 5% of its baseline when downtime for either of its two contouring modules did not exceed 1 hour. H & N plan generation remained within 5% of its baseline until downtime for at least 2 of 5 available volumetric arc therapy (VMAT) optimization modules exceeded 1 hour, or any other module’s downtime exceeded 3 hours. Plan calculation and report generation downtimes had <5% effect on output through 4 hours of downtime. The RPA architecture is robust to downtime of its individual modules and can provide a reliable service to clinics with limited resources.

Published by the Global Health Catalyst